In today’s CI environment, speed is the name of the game. Undo speeds up software development productivity, enabling engineers to find and fix failures quickly. We are excited to be introducing this technology to the Jenkins community. As one of the most popular platforms for CI testing, the Jenkins plugin was a natural progression for us. We look forward to helping its users increase efficiencies and improve their overall software quality.

Undo’s LiveRecorder allows developers to have complete and precise visibility into the execution of their programs. The plugin allows Jenkins users to capture test failures in a CCTV-like recording, which they can then rewind and replay to see exactly what their software did. Undo’s recording can be debugged offline and shared with other developers. LiveRecorder takes the guesswork out of debugging, allows companies to free up expensive test farm machines for other purposes – which leads to software that is delivered on budget and on time.

"As a developer, understanding a test failure that happened in a CI environment has always been frustrating and painful. Undo's technology solves this problem by arming developers. Jenkins and Undo strengthen each other and it's a great combination to accelerate software delivery." 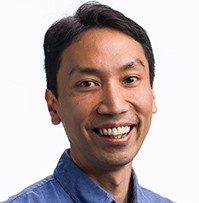 Kohsuke Kawaguchi
CTO of CloudBees and founder of Jenkins

Undo will be conducting live demonstrations of their technology at Jenkins World, September 13-15.