ZIB is a research institute for applied mathematics and computer science and provides solutions for complex problems in science, engineering, environment, and society. It works closely with partners from science, business, and society, to develop mathematical models and efficient algorithms.

Developed in-house by ZIB over the last 12 years, the SCIP mixed integer programming solver and framework is one of the fastest non-commercial solvers for mixed integer programs currently available. It forms the basis of the Advanced Solver Technology for Supply Chain Management project, which enables the optimisation of complex, integrated supply chain planning processes and models, in order to maximise efficiency and increase productivity. This highly complex enterprise software research project currently comprises over 400,000 lines of code, and is used by major organisations across the world.

UndoDB enables developers to record, rewind and replay their code to quickly find critical bugs, increase productivity and meet development deadlines. ZIB has been using UndoDB for a year as part of its extensive implementation of highly complex mathematical algorithms, helping developers to locate issues in its new code, particularly those related to complex bound-setting of variables. These cannot be found quickly using traditional methods, such as GDB, as bounds change hundreds of thousands of times during program execution. Using UndoDB, watchpoints can be set on bounds, enabling developers to rewind code to see which bounds change, reducing debugging time and increasing productivity.

We pride ourselves on having well-documented code, which means that the majority of minor bugs can be found easily. Where UndoDB has really helped is in locating the 20% of bugs that are really complicated “these could take weeks to find, whereas with UndoDB the process takes just a few minutes. It has reduced the time needed to debug our complex, real-world code, while integrating seamlessly into our development processes. 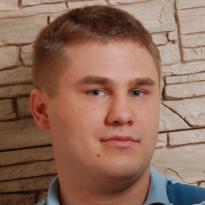 Enterprise software underpins the business operations of the world around us. Code developed for these complex, real-world applications is therefore mission-critical, making finding bugs a priority for enterprise software companies. As ZIB’s success has shown, UndoDB and reversible debugging provides a proven method of quickly finding critical bugs and meeting development deadlines.

Undo Software is the leading commercial supplier of Linux and Android reversible debugging tools that enable software developers to record, rewind and replay their C/C++ code to respond quickly to customer critical bugs, increase their productivity and meet their development deadlines. Used by over 1,000 developers at customers that include Cadence Design Systems and Mentor Graphics to solve complex, real-world problems, UndoDB is proven to reduce debugging time from weeks to minutes, while seamlessly integrating into existing development environments. Undo Software is a privately held company headquartered in Cambridge, UK, and is a Gartner Cool Vendor in Application Development for 2014. For more information, see: https://undo.io// or follow us on Twitter at https://twitter.com/undo_io.