It solves a problem that no one would think to Google and companies have no budget for it, but the largest software companies in Europe and the UK are among the latest big players snapping up software tools from fast growing Cambridge tech company Undo.

Software giants SAP and Microfocus have bought into Undo, an idea developed in the early noughties by software designer Greg Law (now CEO) and co-founder Julian Smith (now CTO) to develop tools to work out why computers do what they do or, as Greg explains, “to scratch our own itch as it were.”

What they didn’t realise at the time was that this problem went much wider and was one that would appeal to the big boys of software.

Realising the potential of the product went way bigger than software developers led to them “putting the pedal to the metal” a bit more than they would have done to take advantage of the obvious opportunity.

This has resulted in growing the team quite quickly from being three in a shed in Greg’s Cambridge garden just three and a half years ago to a team of 27 and growing in new offices in Station Road and making sure the business had sufficient funding in place. 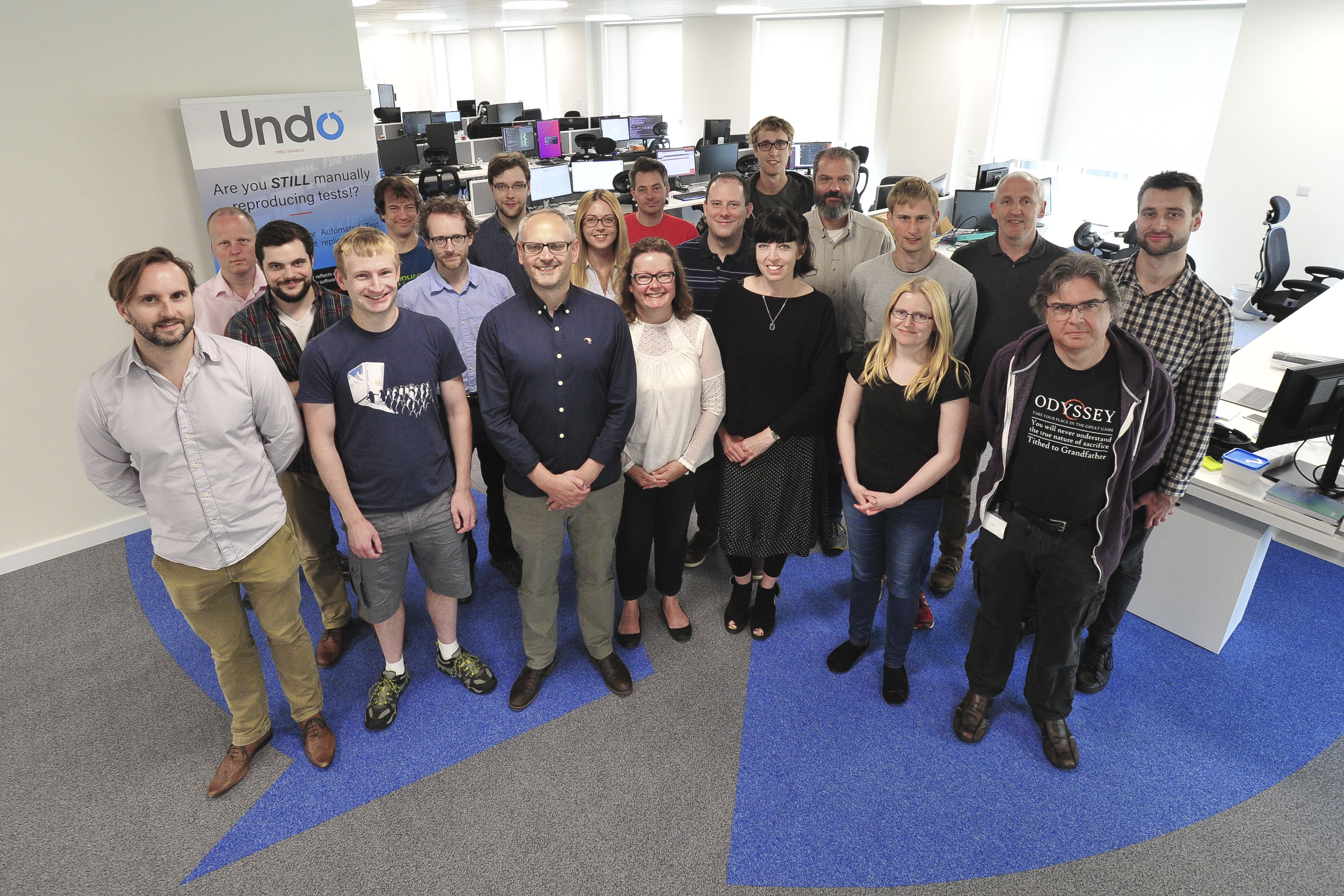 Undo team at home in new offices on 22 Station Road, part of the salubrious CB1 district

Undo secured its first institutional funding of £2.5 million from Cambridge Innovation Capital a year ago.

We’ve been very fortunate.The world is changing in a way that really suits us. What any tech company knows is that by the time you have created the technology the world is going to look different.

For Undo the world looked more like the one they were focusing on. Greg adds,

As they like to say in Silicon Valley ‘software is eating the world.

He says this is down to a couple of trends.

Every technology company is becoming a software company, whether you’re a car company or in publishing. That trend plays squarely into us.

The other big trend is around AI and software beginning to make significant decisions, such as why a self driving car decided not to stop at the lights or hit the pedestrian rather than the cyclist or why a software would deny health coverage to someone.

A life and death decision brings with it an accountability problem and we need to understand what the software did and why it made that decision.

This demand also moved Undo on from direct sales to software developers to enterprise sales.

Rather than selling directly to developers we can do six figure deals at a corporate level. It’s obviously harder to do, takes longer and is a more complicated sales cycle. But the size of the deal is much bigger and more strategically important to the company.

This has moved the company away from just selling its UndoDB product directly to developers to its LiveRecorder product, recording the execution of software either in tests or in production and generating a recording that developers can then look at through UndoDB.

The Cambridge tech community has been a great help in moving the company in this direction. Law says:

This whole thing of enterprise sales and relationship sales and six figure deals and purchase orders we didn’t even know existed.

One of the great things of being here in Cambridge is receiving so much support from people who‘ve been there and done that before. We have people on the board and investors and people who will just have a coffee or a beer and talk things through.

In addition to the new Cambridge office the company has also set up a base in San Francisco, with two – soon to be three – people and are is actively recruiting engineers in Cambridge.

Although Undo is in the heart of the tech zone alongside Microsoft, Apple and the soon to arrive Amazon, Greg’s not worried about the competition when it comes to recruiting.

We don’t compete with them quite as much as you’d think because they tend to attract people looking for something that is a bit more predictable and comfortable and of a more stable environment as well as the cache of quoting a big name.

We’re more competitive with the other start up companies for the kind of person looking to be part of something as it develops, not a cog in the machine but part of it.

With the success of this “category defining” product surely there is competition snapping at their heels? Yes and no, says Greg.

Some of the more established US players and startup companies are trying to answer similar problems but no one is doing it quite in the way we are. I’m sure there will be more direct competition over time and our aim is to maintain and grow the gap.

And what if one of these established players comes knocking on the door interested in the company itself? Greg is unequivocal on this point.

If people want to sell early that’s a completely legitimate thing to do but it’s not our plan. We think we have the opportunity to build something significant and exciting and that’s what we’re here to do.

There’ll be no undoing Undo any time soon then!