The Undo team descended on Aurora, Colorado for CPPCon 2019. The event is the largest gathering of the C++ community. It also allows them to interact with and learn from some of the most influential thought leaders, companies and colleagues in C++, including Undo’s co-founder and CTO, Dr. Greg Law.

Our in-booth demo highlighted our software flight recording technology, Live Recorder. It allows software engineers to capture all non-deterministic data (down to instruction level) and recreates an application’s entire memory and the register state - on demand and with minimal overhead. The result is a 100% reproducible test case that can then be debugged.

We were joined by a special guest, father of C++, Bjarne Stroustrup at our booth. He took some time to learn about our new multi-process correlation of shared memory feature in the latest release of, Live Recorder. This feature can record accesses to shared memory from multiple processes to a single shared memory log file. This can be later used to track which process modified a region of shared memory and in what space. 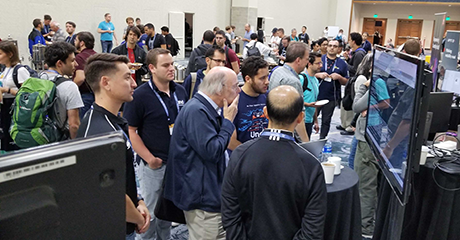 Greg Law delivered a breakout session talk alongside Dewang Li, software integrity architect at Synopsys to discuss software quality and debugging tools for C++. During the talk, entitled Linux C++ Quality and Debugging Tools - Under the Covers, they exposed debugging’s dirty little secret - most of developer’s time (50% in fact) is spent debugging. 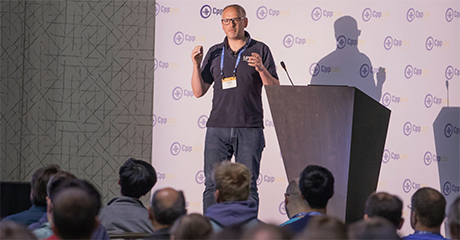 They showed how Live Recorder can record the execution history of applications written in C++ and capture software failures in the act - thereby eliminating the guesswork in software defect diagnosis, which is a major contributor to time spent debugging.

CPPCon is a can’t miss event for the C++ community and this year was no different. It is always a great opportunity to show off some of our newest features, learn from visionaries in the industry, and interact with our colleagues. If you missed out this year, we hope to see you there in 2020.

To learn more about debugging as it relates to C++, check out Greg Law’s GDB Resource Portal.