Cambridge, UK, 23 October 2015 – Undo has put another award under its belt, this time for its next generation debugging tool, LiveRecorder. It is the second award the company has received for its innovative products in recent months, having won Business Weekly’s ‘Disruptive Technology Award’ earlier this year. 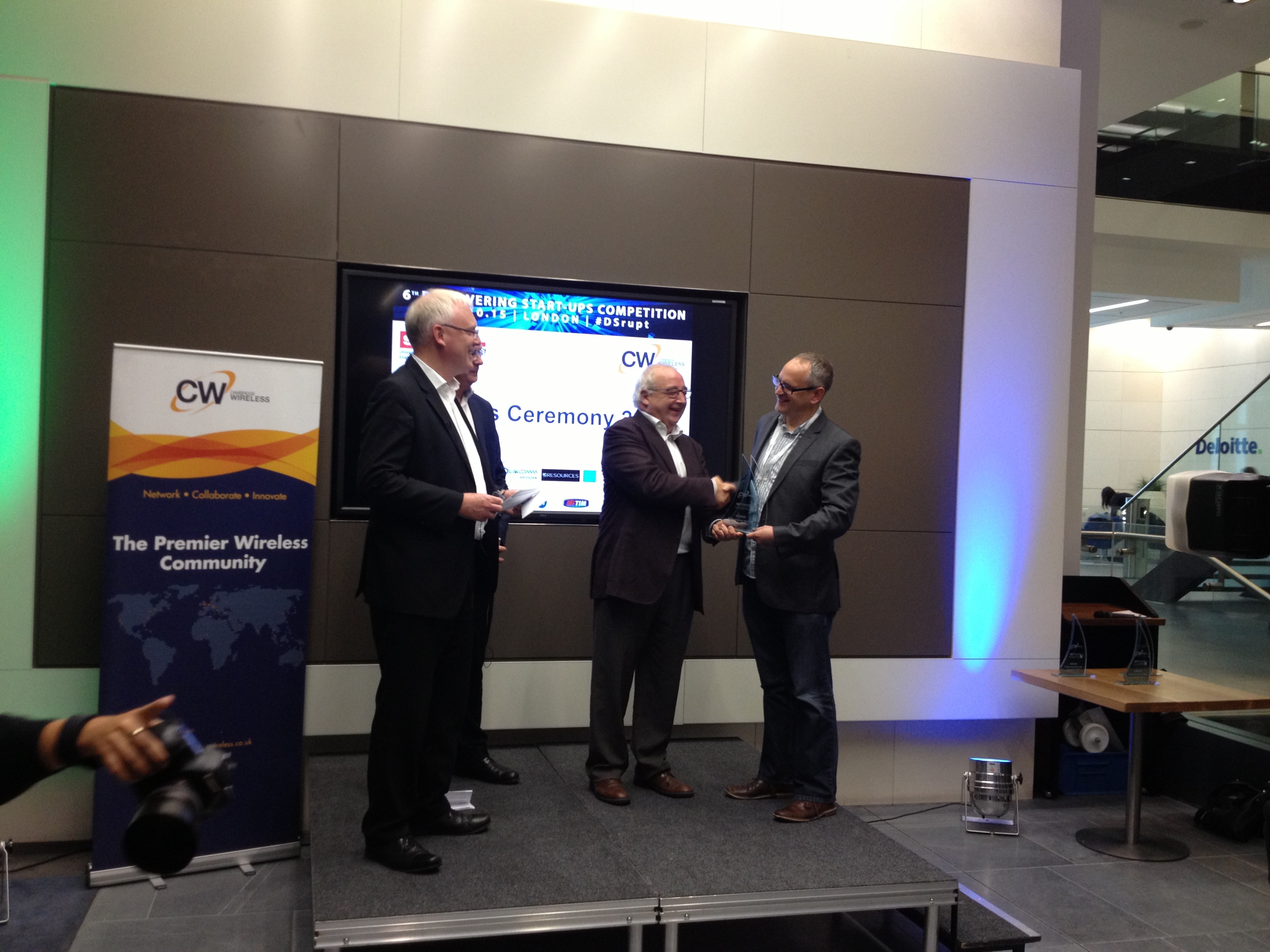 The Discovering Start-Ups competition aims to recognise technological innovation and entrepreneurship, and attracted more than 80 entrants from start-ups across the UK, France, Italy, Sweden, Ukraine and the Netherlands. The finals were held in Deloitte’s salubrious headquarters in London on Wednesday where companies pitched why their product should win to a panel of 29 judges. Each competitor was subjected to rigorous questioning by the judges who included senior executives from Samsung, Qualcomm Ventures, MediaTek Labs, IBM, Deloitte, Telecom Italia and Google in a scene resembling that of Dragon’s Den. Five innovative start-ups walked away with an award for their technologies, ranging from smart glasses for the blind, an online platform for gene testing, industrial wireless sensor networks and a real-time risk assessment system for cyber-attacks.

We are absolutely thrilled with the award and are proud that LiveRecorder has received the recognition it deserves. There were so many innovative technologies exhibited on the day, and to be selected from such a high calibre crowd is a real honour. All of the innovative pitches presented had a very large software component to them, which emphasizes that software really is eating the world. Improving software quality and software developers’ productivity are both absolutely key to sustaining the digital revolution. It is a great day for Undo and for highlighting how bugs pose one of the greatest threats to innovation.

LiveRecorder is a software library that allows Linux and Android programs to make a detailed recording of themselves. The resultant recording file, which includes everything a program has done saved in a highly compressed and efficient way, can be sent to the developer(s) at a remote location who can completely reconstruct the program’s execution, allowing them to debug an exact copy of the bug as it occurred in production and test environments. The debugging task can be shared among colleagues who can collaboratively debug an application offline without accessing the original system.

The Discovering Start-Ups competition was organised by leading industry forum, Cambridge Wireless, which is involved in the development and application of wireless technologies, and was supported by companies including Tech City UK, Wayra and St John’s Innovation Centre. The award included one year Founder Membership with Cambridge Wireless, a cash prize courtesy of Qualcomm Ventures, a place on the SETsquared Entrepreneur Training Programme, the chance to pitch at the ‘Future of Wireless International Conference 2016’, and a place at the Mobile World Congress 2016 in Barcelona sponsored by UK Trade and Investment (UKTI) where each start-up has the opportunity to pitch at the UKTI stand.