Cambridge, 20 September 2015 – Five fearless members of the Undo team recently took part in the annual charity race, ‘Chariots of Fire’, held in Cambridge in aid of East Anglia’s Children’s Hospices (EACH). More than 2,000 runners generously gave up their time to run through Cambridge’s iconic college grounds on what can only be described as a gloriously sunny Sunday morning. 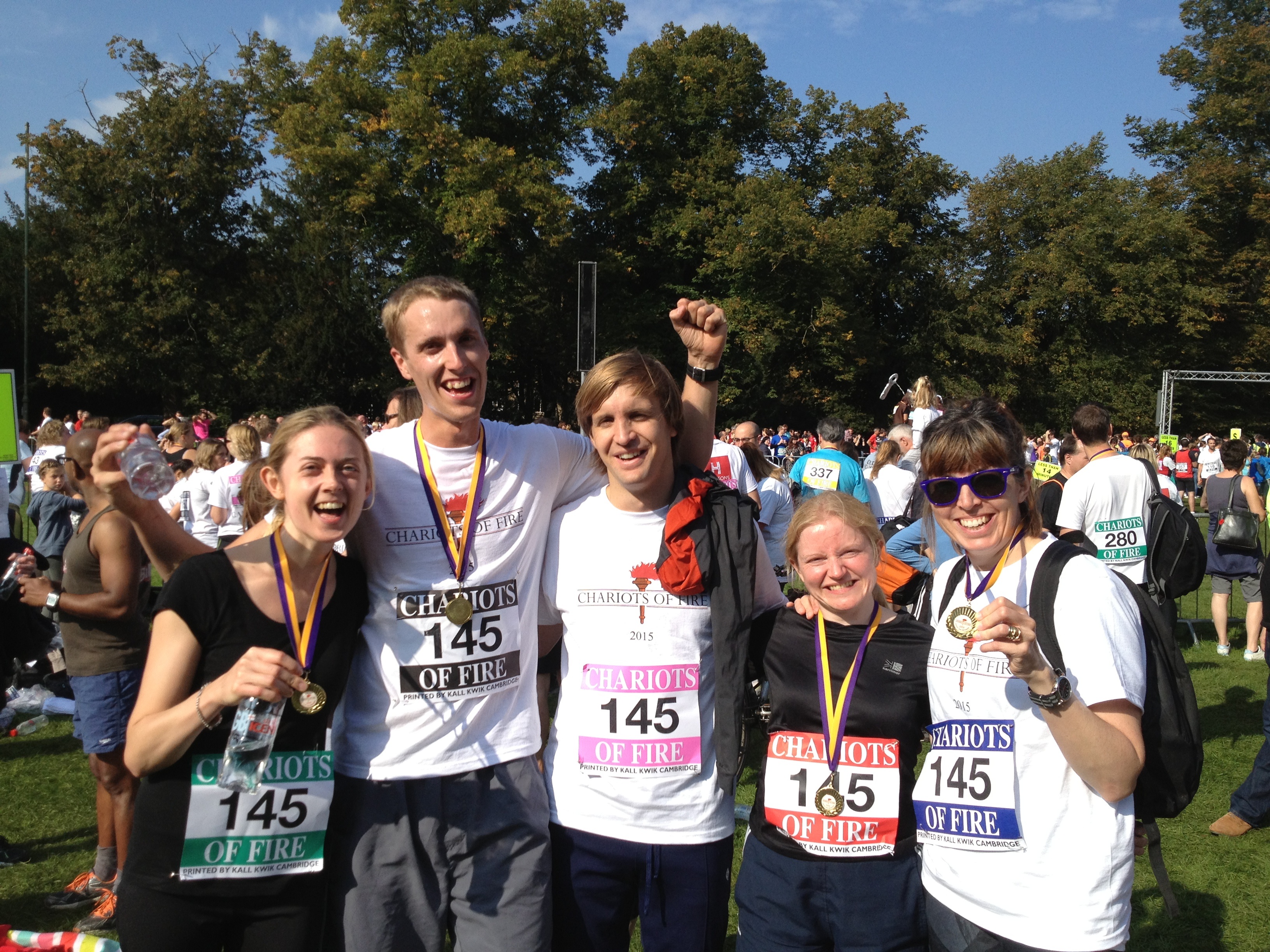 Team ‘Rundo’ had battled through wind and rain in preparation for the race. Unfortunately Undo’s CEO, Greg Law, unexpectedly had to pull out at the last minute as a well-timed conference beckoned. Nevertheless, Rundo struggled through to achieve a respectable time of 01:13:39 in the 9 mile run which, for a mixed team, put them roughly in the middle of all runners. This is the second time that Undo Software has participated in Chariots of Fire and team ‘Rundo’ hopes to participate again in 2016.

EACH provides 24/7 care and support across East Anglia for children and young people living with complicated medical conditions, and gives them round the clock access to specialist support and advice. Their support means health conditions and symptoms can be better managed and families can spend more time at home rather than in hospital.