Cambridge, UK - Undo, the leading commercial supplier of next-generation software quality tools for Linux and Android developers, is thrilled to have won the ‘Top Innovation of 2016’ award for our newest product,  LiveRecorder. 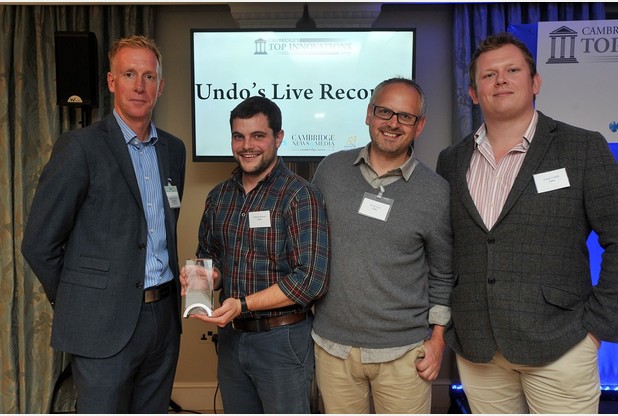 LiveRecorder is a major step towards automating the software debugging process and is a pioneer in the field of software accountability.  Developers can capture an exact copy of their program’s execution in a recording, which can be analysed on any machine a developer chooses, giving developers complete and precise visibility into their code. This significantly enhances software quality, a major issue in software development today.

The event was hosted by Cambridge News and took place on Wednesday evening at Downing College, part of the University of Cambridge. The judges comprised a distinguished group of Cambridge business leaders, including Dr Neil Stott, director of the Centre for Social Innovation at Cambridge Judge Business School, Martin Garratt, chief executive of Cambridge Cleantech, Anne Miller, founder of The Creativity Partnership, and Patrick Pordage, marketing director of Cambridge Consultants. It was sponsored by Barclays and The Babraham Research Campus.

From solar panels to biotech and software to adhesives, the breadth of competition revealed the sheer diversity of technological innovation in the Cambridge area. We’re delighted to be counted among some of the leading innovative companies in Cambridge.

Four other Cambridge-based companies won awards for their innovative technologies including Cambond, Polysolar, Sphere Fluidics, and Zephyx. You can read more about the event and the other winners on the Cambridge news website. A further article on Undo and the other winners will also appear in the November issue of Cambridge Business Magazine.